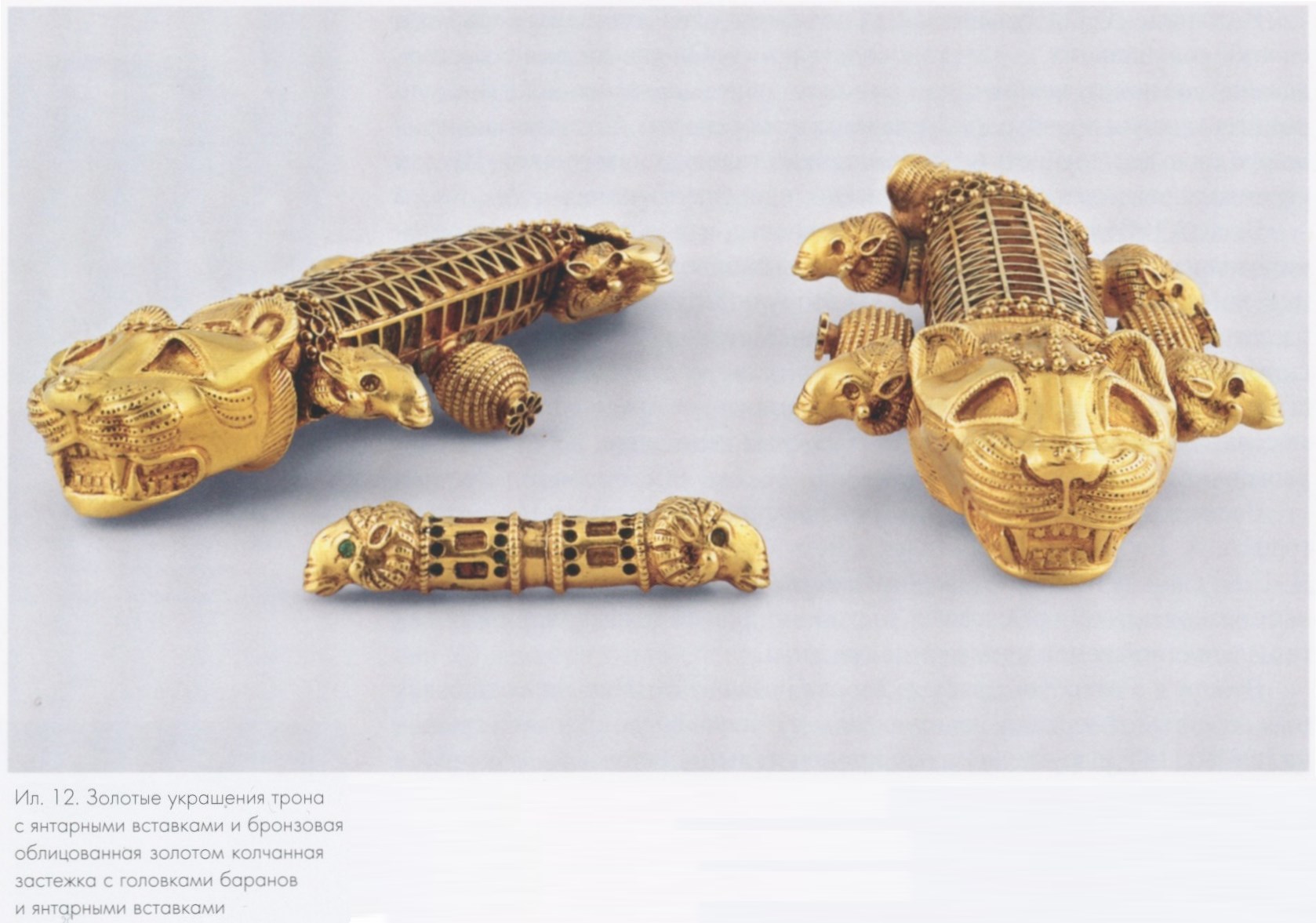 Our participation in international conference organised by the St. Petersburg Archaeological Institute of the Russian Academy of Sciences and the State Hermitage

The lecture series was organised to mark the 120th anniversary of the birth of Mikhail Petrovich Gryaznov.

The origin of the Hunyadi family

The Hunyadis have the highest genetic similarity with samples from the Carpathian Basin, with an ancient European genome composition. This is a new scientific milestone achieved by a remarkable research of the Institute of Hungarian Research, carried out under extraordinary circumstances. 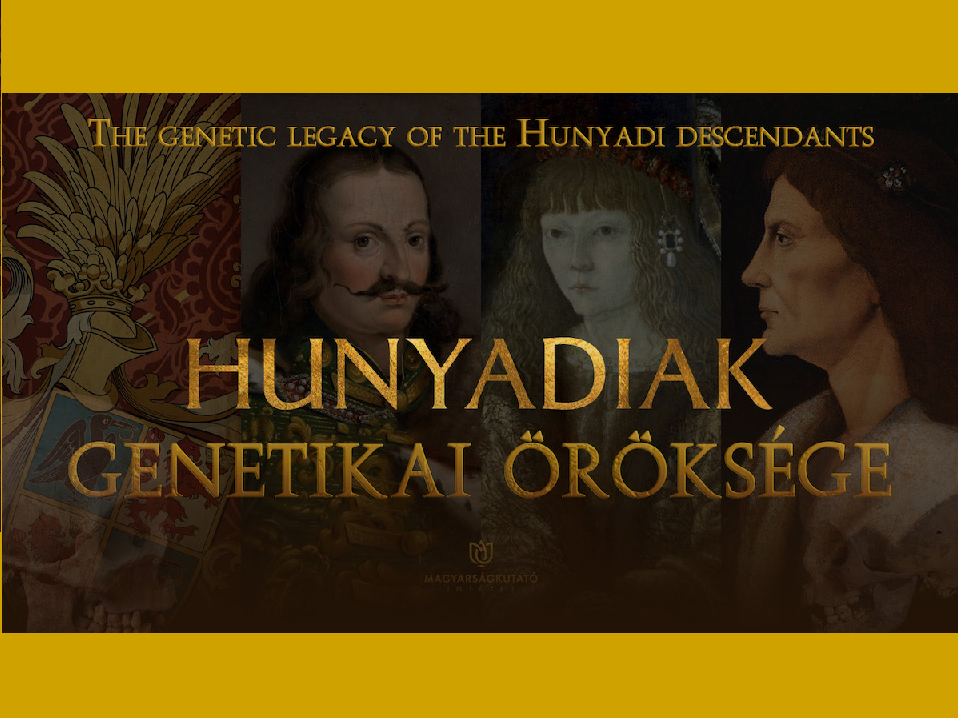 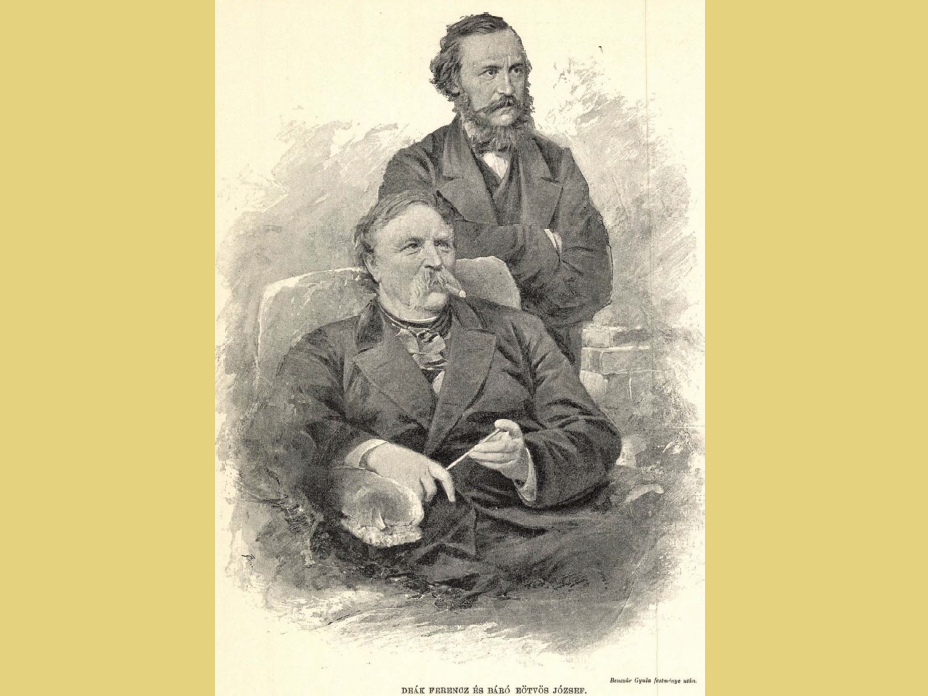 An act that made nationality rights an integral part of the Constitution for the first time in Central Europe. On 24 November 1868, Ferenc Deák submitted his Bill on Nationalities to the National Assembly

"Time is short; I will not waste this time with a long oratory; I simply say that I firmly believe that there is one political nation in Hungary: the united, indivisible Hungarian nation, of which all citizens, whatever their nationality, are equal members."

The plenary meeting of the Hungarian Diaspora Council (MDT) is held in Budapest. At the opening ceremony, Deputy Prime Minister Zsolt Semjén and State Secretary János Potápi welcomed the participants. 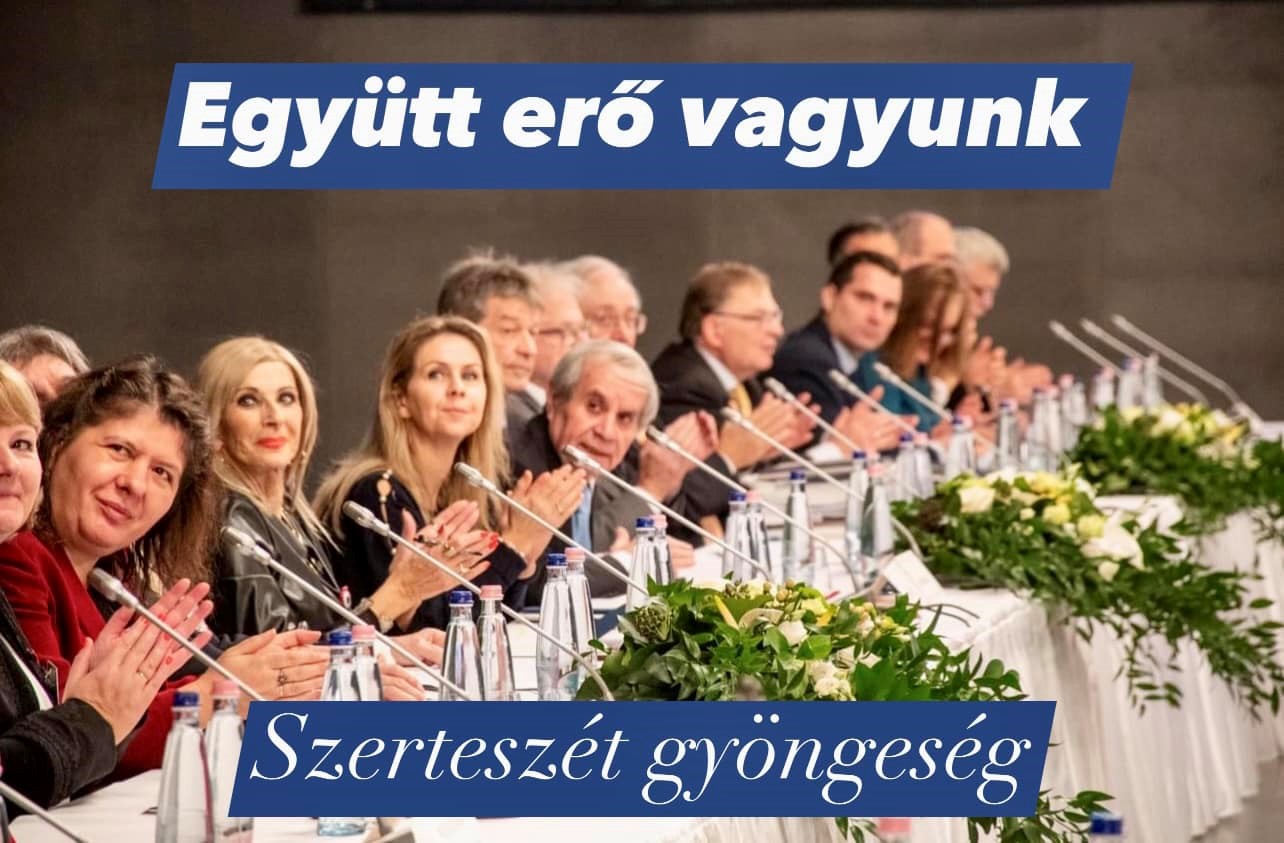 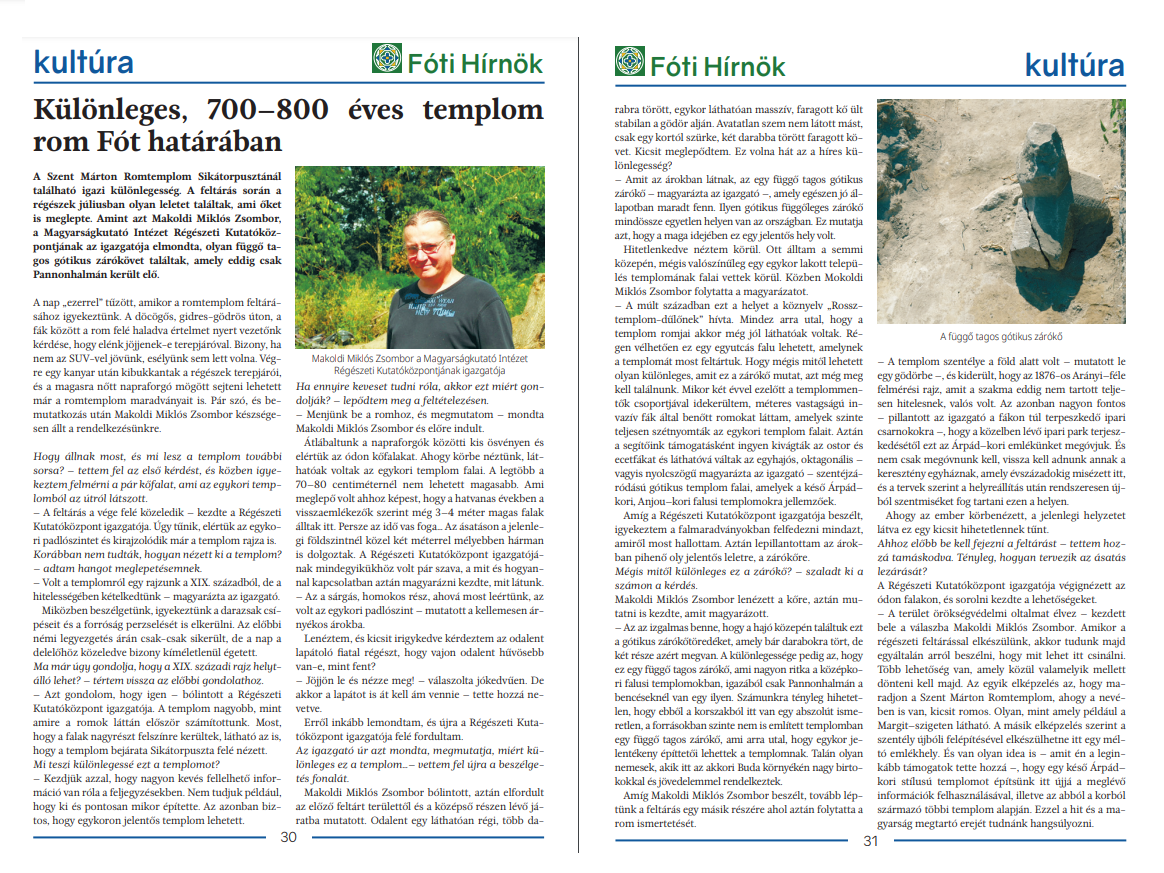 An interview with Miklós Makoldi, Director of the Research Centre for Archaeology of our Institute, on the archaeological excavation of the ruined Church of St. Martin was published in the Fóti Hírnök monthly.

"The ruined Church of St Martin at Sikátorpuszta is a real highlight. During the excavation in July, archaeologists found an artefact that surprised them. As Miklós Zsombor Makoldi, Director of the Research Centre for Archaeology at the Institute of Hungarian Research, explained, A GOTHIC CAPSTONE WITH A HANGING PENDANT WAS DISCOVERED, WHICH HAS SO FAR HAD ONLY BEEN FOUND IN PANNONHALMA.

- What have you achieved so far and what will be the future of the church?

- The excavation is nearing its end, it seems that we have reached the former floor level and the plan of the church is already emerging.

- Previously you didn't know what the church looked like?

- We had a drawing of the church from the 19th century, but we doubted its authenticity.

- Do you now believe that the drawing from the 19th century could be correct?

- Yes, we do: the church is bigger than we first expected when seeing the ruins. Now that most of the walls have been uncovered, you can also see that the entrance of the church faced Sikátorpuszta.

- What makes this church special?

- To begin with, there is very little information about it in the records. For example, we do not know who built it and exactly when. What is certain, however, is that it must have been an important church at some time.
[...]
- What you see in the trench is a Gothic capstone with a hanging member, - explained the director - which has survived in quite good condition. Such a Gothic vertical capstone exists only in one place in the country. It demonstrates that it was a significant site in its day.

- What makes this capstone so special?

- What's exciting is that we found this Gothic capstone fragment in the middle of the nave, which, although broken into pieces, still has two parts. And what makes it special is that it's a capstone with a hanging member, which is very rare in medieval village churches, in fact only the Benedictines in Pannonhalma have one. It is really incredible for us that a church from this period, which is absolutely unknown and barely mentioned in the sources, has a capstone with a pendent member, suggesting that the church may have had important builders once.

It is very important, nevertheless, to protect this Árpád-era monument from the expansion of the nearby industrial park.
AND WE MUST NOT ONLY PRESERVE IT, WE MUST GIVE IT BACK TO THE CHRISTIAN CHURCH THAT HELD MASSES HERE FOR CENTURIES AND PLANS TO HOLD REGULAR MASSES HERE AGAIN AFTER THE RESTORATION.

- How do you plan to complete the excavation?

- There are several options, and a decision will have to be made on one of them. The one I am most in favour of is to rebuild a late Árpád style church here using the existing information and based on other churches from that period. In this way we could emphasize the faith and the preserving strength of the Hungarian people."

The full interview is available on the website of Fóti Hírnök.

"The 1956 Revolution and War of Independence was also important because it exposed the Soviet and Communist ideology to the Western societies." 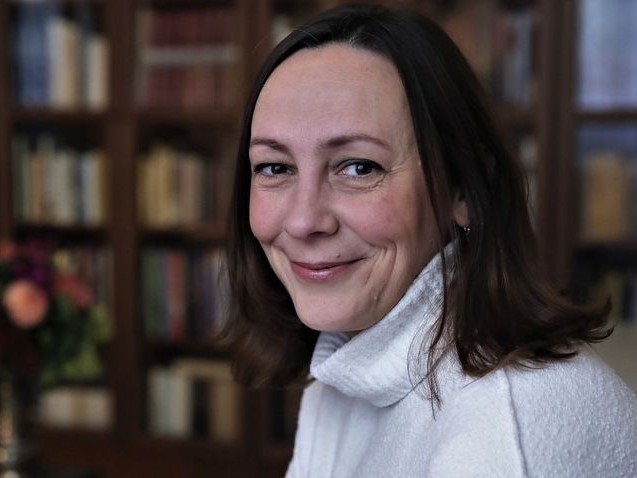 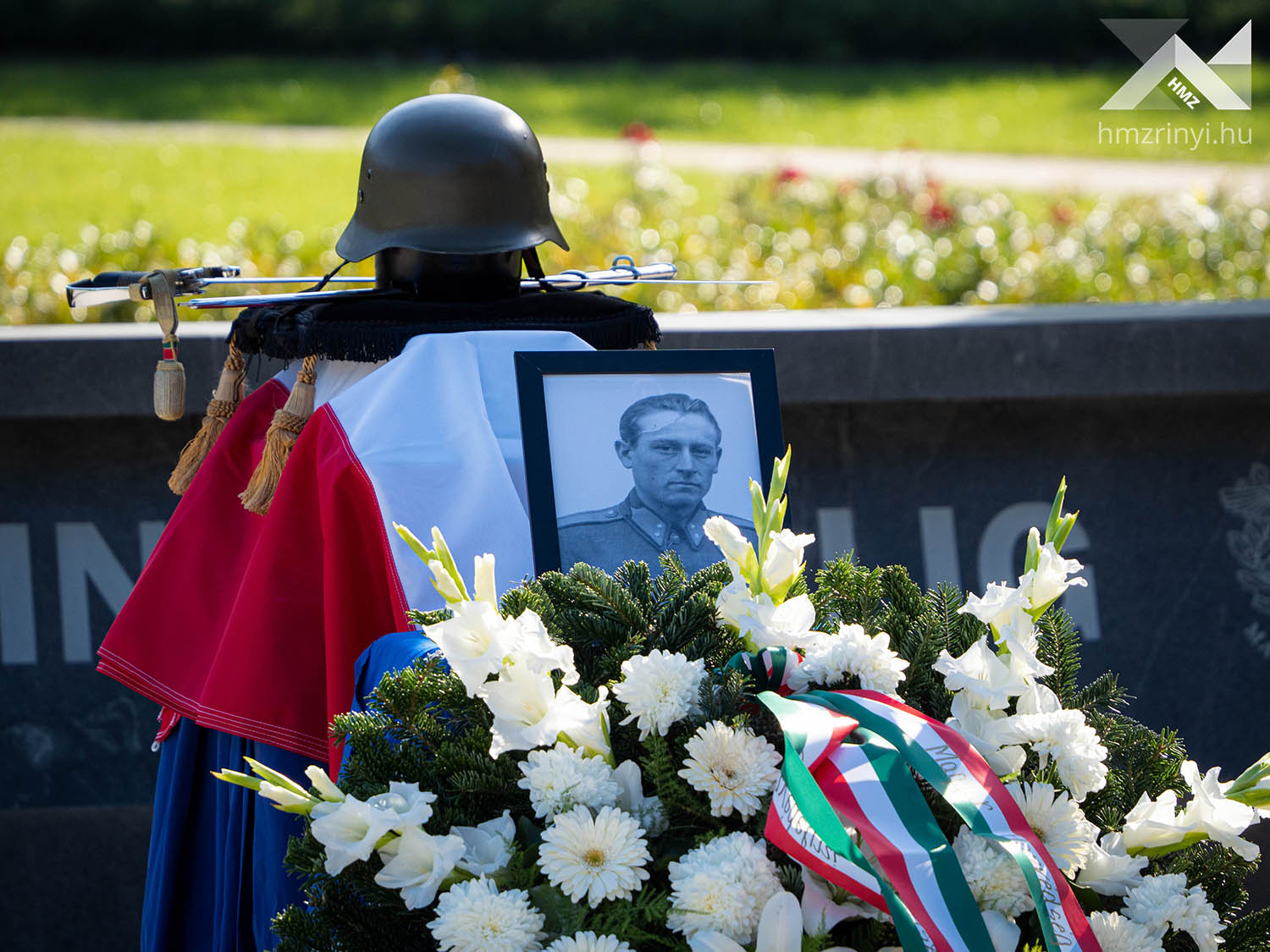 "The unjust falsification of history has particularly affected the soldiers fallen and having survived World War II."

The Director General of the Institute of Hungarian Research, Gábor Horváth-Lugossy, also participated in the ceremonial reburial of 102 Hungarian heroes exhumed from various battlefields and cemeteries in Hungary, in the Parcel of Heroes of the Fiumei Road Graveyard, at the invitation of László Töll, Director of the Military History Institute and Museum.

"Arad is the Hungarian Golgotha"

Zoltán Babucs, a military historian at the Institute of Hungarian Research, gave a presentation at the commemoration in Pozsony (today: Bratislava, Slovakia) on the imperial reprisals of 1849 and the martyrs of Arad. We quote from a summary by Éva Dunajszky on ma7.sk 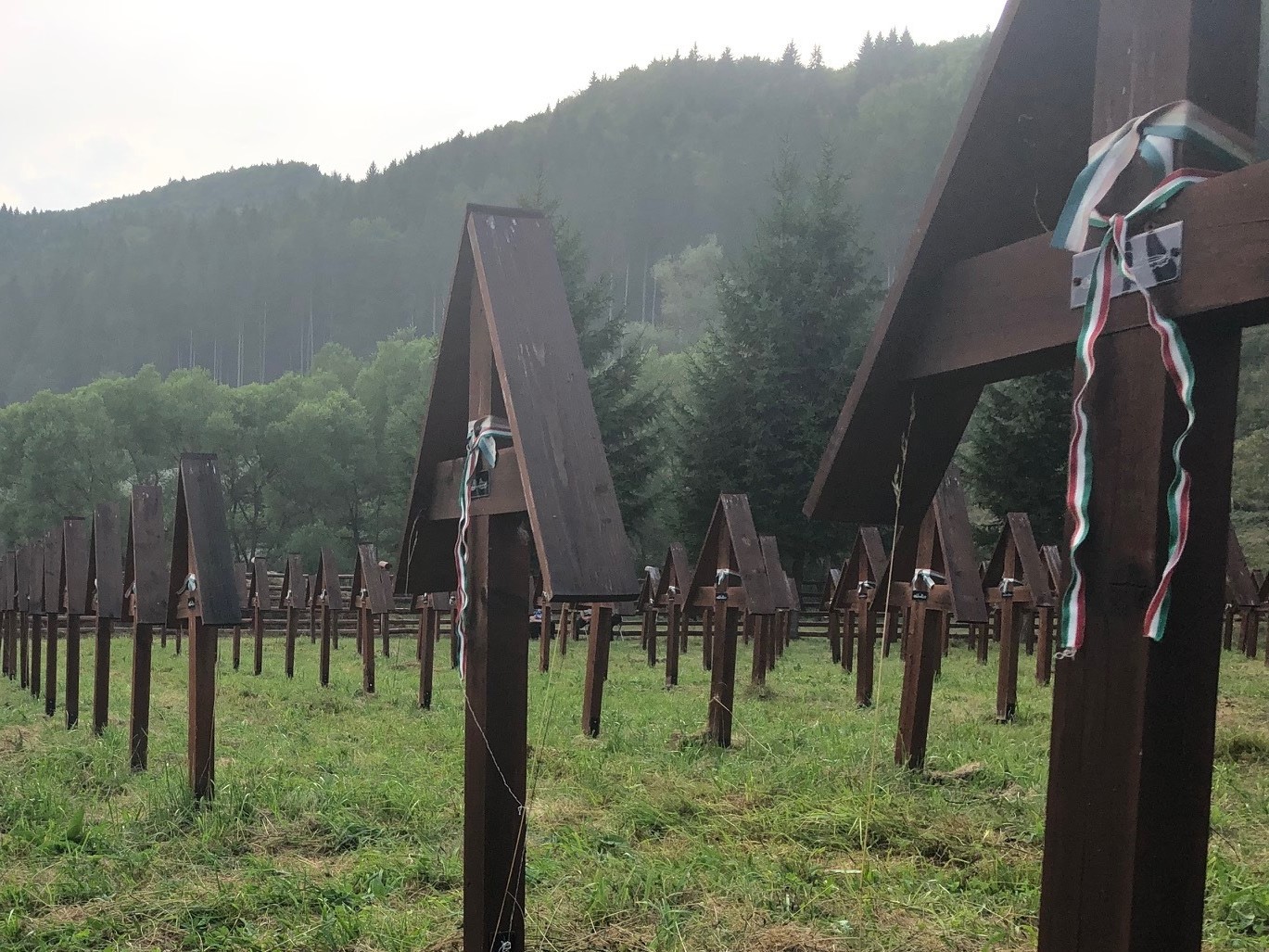 Every day of the year, our hearts beat together with our Szekler brothers and sisters, we share our thoughts and our souls - but today we also give voice to this, because today is the Day of Hungarian-Sekler Unity.

The second doom of the Turul in Munkács: The Monument in Munkács ruined. The Turul bird on the castle wall was first removed by the Czechoslovak occupying forces.

Perhaps, the Satanic ideas of history are being implemented so swiftly because their inventors are well aware of the wickedness of their actions. 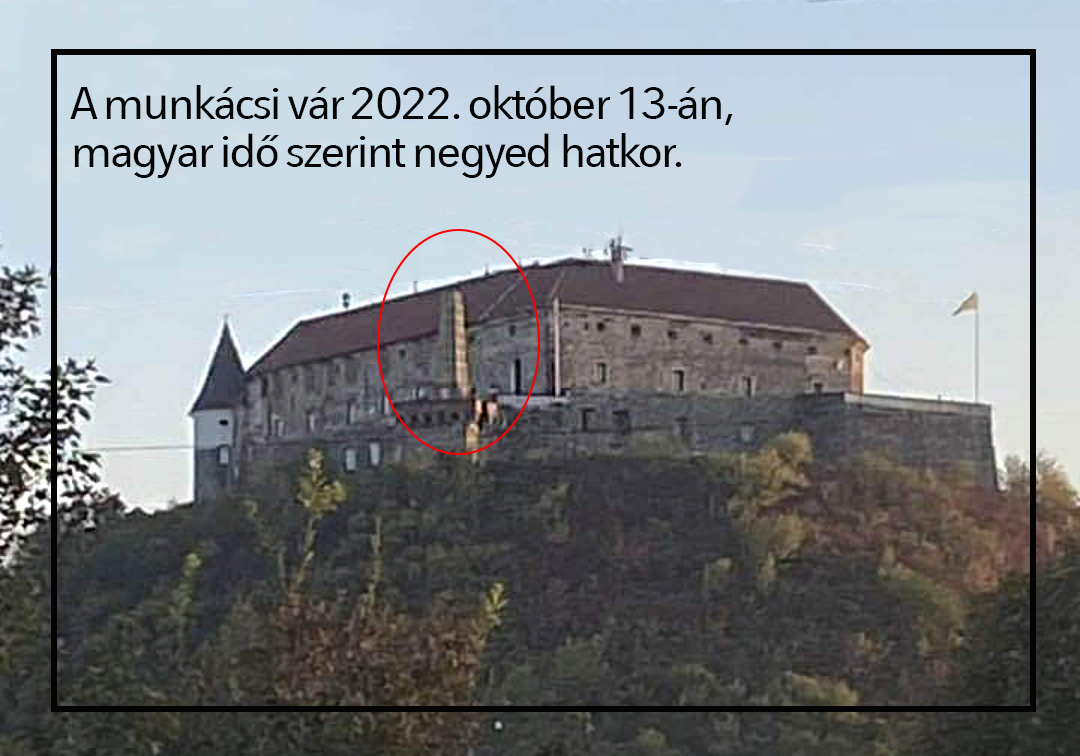